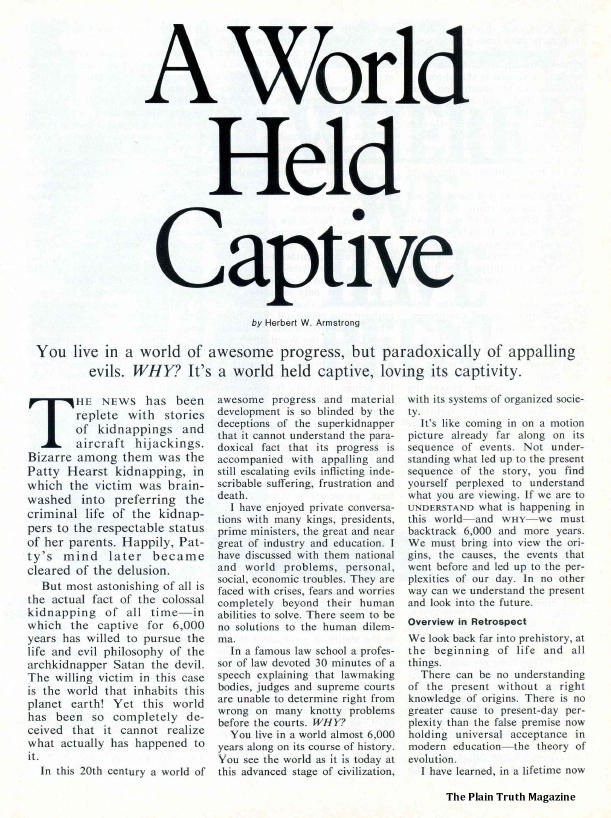 You live in a world of awesome progress, but paradoxically of appalling evils. WHY? It’s a world held captive, loving its captivity. The news has been replete with stories of kidnappings and aircraft hijackings. Bizarre among them was the Patty Hearst kidnapping, in which the victim was brainwashed into preferring the criminal life of the kidnappers to the respectable status of her parents. Happily, Patty’s mind later became cleared of the delusion. But most astonishing of all is the actual fact of the colossal kidnapping of all time – in which the captive for 6,000 years has willed to pursue the life and evil philosophy of the arch kidnapper Satan the devil. The willing victim in this case is the world that inhabits this planet earth! Yet this world has been so completely deceived that it cannot realize what actually has happened to it. …