Do you know you were put here for a PURPOSE? – Herbert W Armstrong – Tomorrow’s World Magazine

Do you know you were put here for a PURPOSE? – Herbert W Armstrong – Tomorrow’s World Magazine 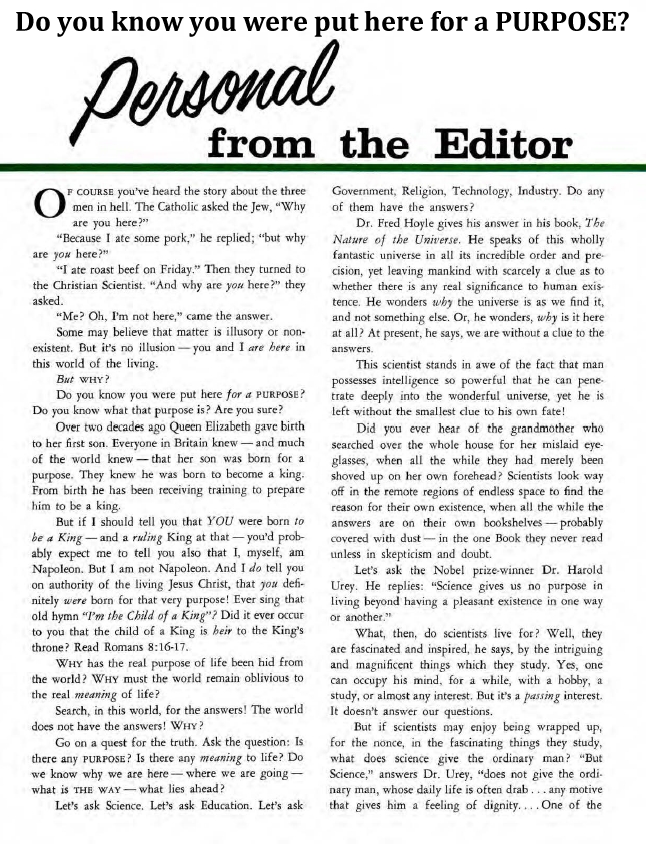 Personal from Herbert W Armstrong – OF COURSE you’ve heard the story about the three men in hell. The Catholic asked the Jew, “Why are you here?” “Because I ate some pork,” he replied; “but why are you here?” “I ate roast beef on Friday.” Then they turned to the Christian Scientist. “And why are you here?” they asked. “Me? Oh, I’m not here,” came the answer. Some may believe that matter is illusory or nonexistent. But it’s no illusion-you and I are here in this world of the living. But WHY? …