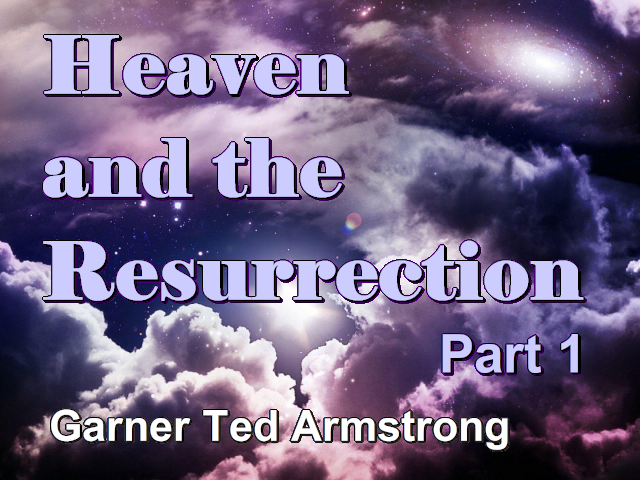 What has the world today got to do with the world tomorrow? What is your life now got to do with the future, say a hundred years from now, when you die what happens next? Theologians have all kinds of real interesting ideas, some of them are so hilarious they really are funny, have you ever heard about going to Heaven? Now probably you’re thinking now here is a guy about to make fun the most precious doctrines of the Christian world. I don’t think it deserves being made fun of, I think that somebody ought to take a serious look… …