Is there a CONSPIRACY Against Fatherhood? – David L Antion – Tomorrow’s World Magazine

Is there a CONSPIRACY Against Fatherhood? – David L Antion – Tomorrow’s World Magazine 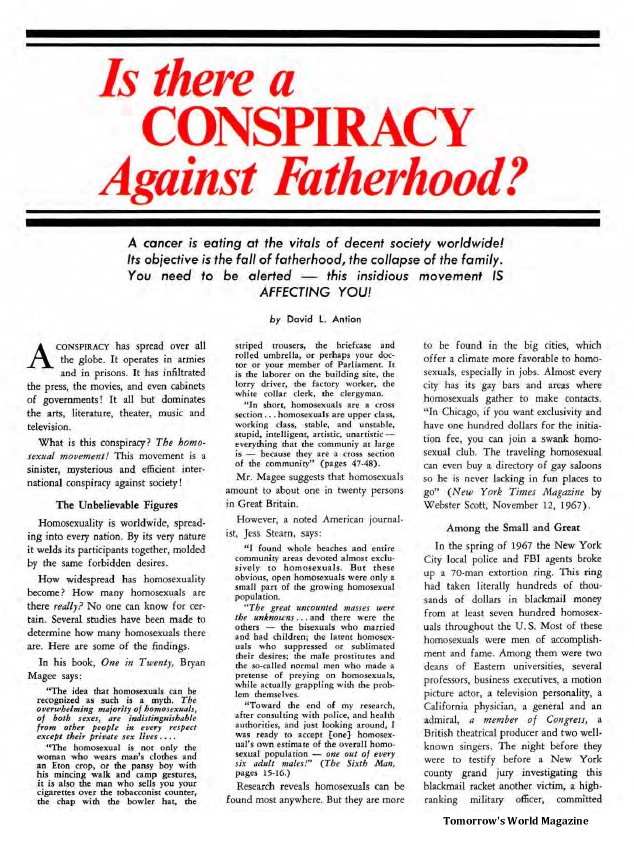 A cancer is eating at the vitals of decent society worldwide! Its objective is the fall of fatherhood, the collapse of the family. You need to be alerted – this insidious movement IS AFFECTING YOU! A CONSPIRACY has spread over all the globe. It operates in armies and in prisons. It has infiltrated the press, the movies, and even cabinets of governments! …