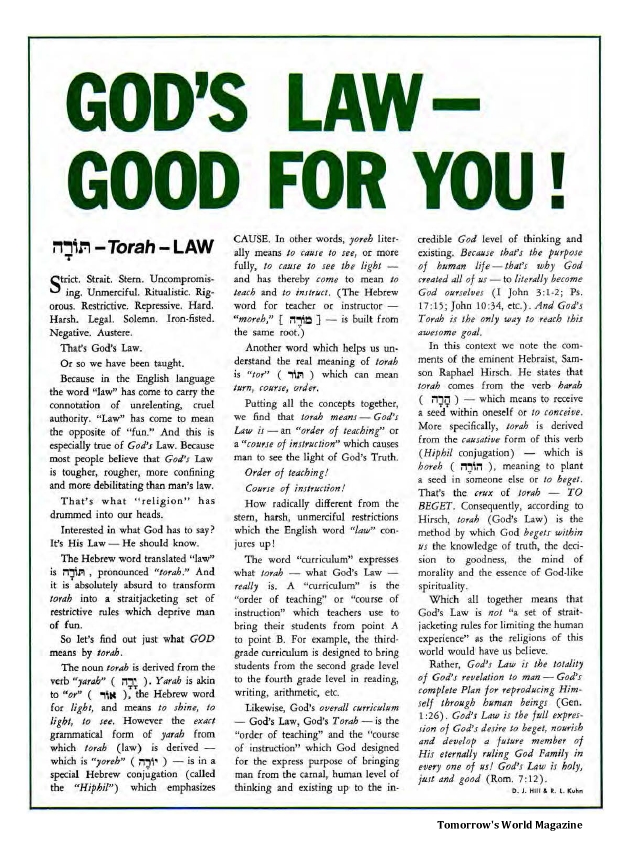 Strict. Strait. Stern. Uncompromising. Unmerciful. Ritualistic. Rigorous. Restrictive. Repressive. Hard. Harsh. Legal. Solemn. Iron-fisted. Negative. Austere. That’s God’s Law. Or so we have been taught. Because in the English language the word “law” has come to carry the connotation of unrelenting, cruel authority. “Law” has come to mean the opposite of “fun.” And this is especially true of God’s Law. Because most people believe that God’s Law is tougher, rougher, more confining and more debilitating than man’s law. That’s what “religion” has drummed into our heads. …