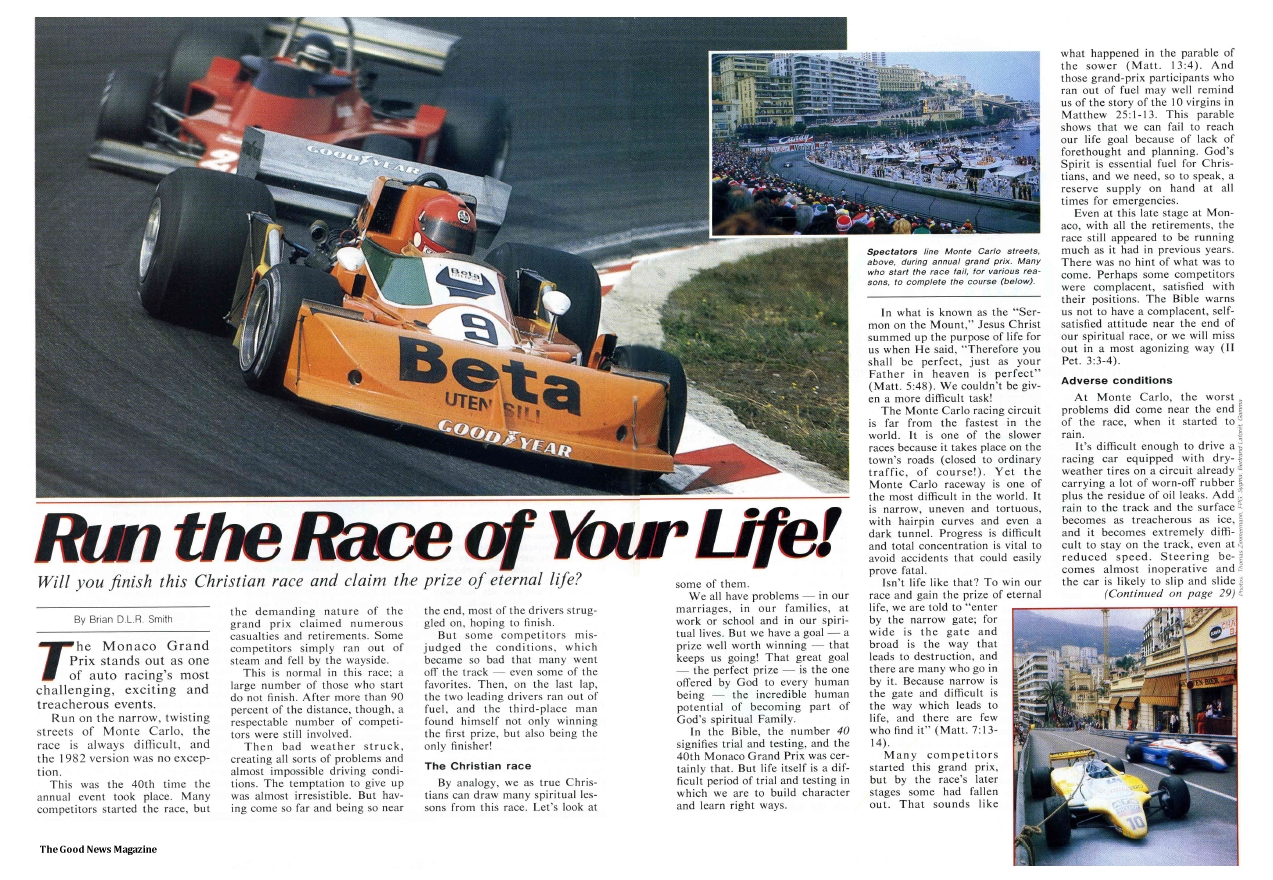 Will you finish this Christian race and claim the prize of eternal life? The Monaco Grand Prix stands out as one of auto racing’s most challenging, exciting and treacherous events. Run on the narrow, twisting streets of Monte Carlo, the race is always difficult, and the 1982 version was no exception. This was the 40th time the annual event took place. Many competitors started the race, but the demanding nature of the grand prix claimed numerous casualties and retirements. Some competitors simply ran out of steam and fell by the wayside. This is normal in this race; a large number of those who start do not finish. After more than 90 percent of the distance, though, a respectable number of competitors were still involved. …