As Knowledge Doubles, So Do Troubles. Why? – Herbert W Armstrong – Plain Truth Magazine

As Knowledge Doubles, So Do Troubles. Why? – Herbert W Armstrong – Plain Truth Magazine 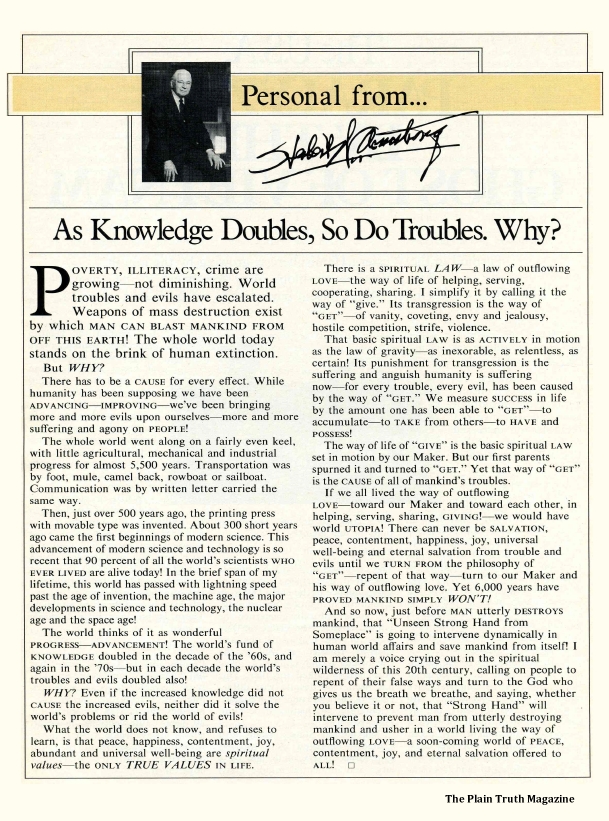 Personal from Herbert W Armstrong – POVERTY, ILLITERACY, crime are growing – not diminishing. World troubles and evils have escalated. Weapons of mass destruction exist by which MAN CAN BLAST MANKIND FROM OFF THIS EARTH! The whole world today stands on the brink of human extinction. But WHY? There has to be a CAUSE for every effect. While humanity has been supposing we have been ADVANCING-IMPROVING – We’ve been bringing more and more evils upon ourselves – more and ‘more suffering and agony on PEOPLE! …