Are You Overlooking Something? – Clayton D Steep – Good News Magazine

Are You Overlooking Something? – Clayton D Steep – Good News Magazine 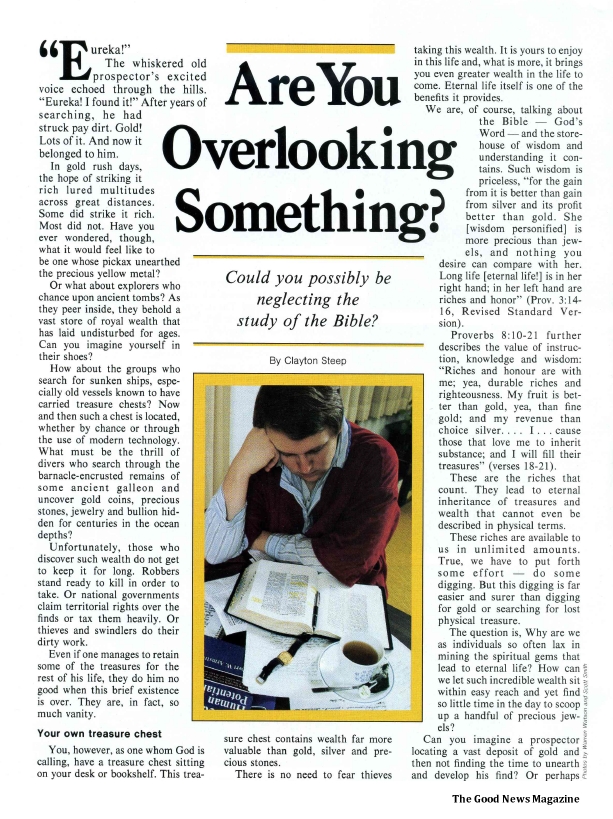 Could you possibly be neglecting the study of the Bible? Eureka!” The whiskered old prospector’s excited voice echoed through the hills. “Eureka! I found it!” After years of searching, he had struck pay dirt. Gold! Lots of it. And now it belonged to him. In gold rush days, the hope of striking it rich lured multitudes across great distances. Some did strike it rich. Most did not. Have you ever wondered, though, what it would feel like to be one whose pickax unearthed the precious yellow metal? Or what about explorers who chance upon ancient tombs? As they peer inside, they behold a vast store of royal wealth that has laid undisturbed for ages. Can you imagine yourself in their shoes? …