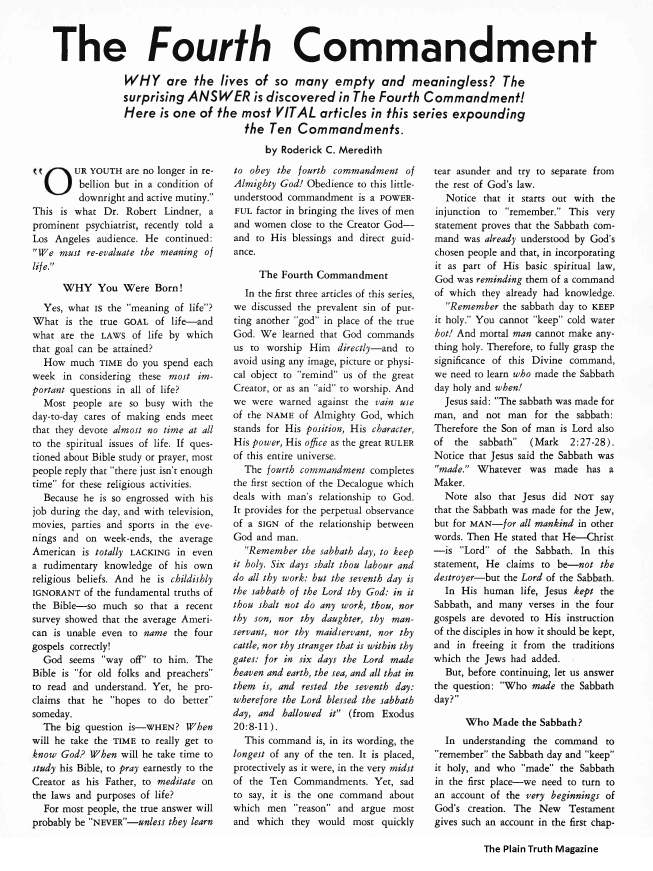 WHY are the lives of so many empty and meaningless? The surprising ANSWER is discovered in The Fourth Commandment! Here is one of the most VITAL articles in this series expounding the Ten Commandments. “Our youth are no longer in rebellion but in a condition of downright and active mutiny.” This is what Dr. Robert Lindner, a prominent psychiatrist, recently told a Los Angeles audience. He continued: “We must re-evaluate the meaning of life.” WHY You Were Born! Yes, what IS the “meaning of life”? What is the true GOAL of life – and what are the LAWS of life by which that goal can be attained? …