Can You Explain It? – Herman L Hoeh – Good News Magazine

Can You Explain It? – Herman L Hoeh – Good News Magazine 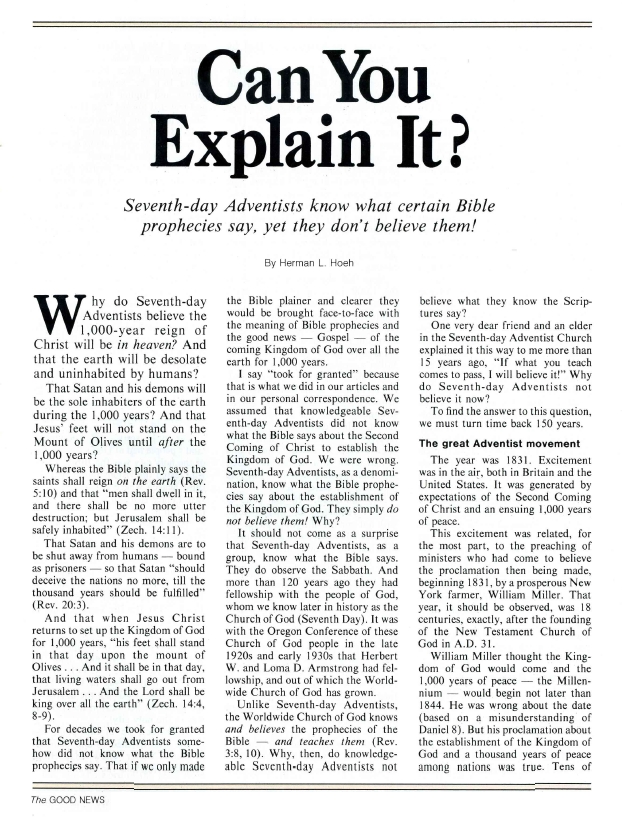 Seventh-day Adventists know what certain Bible prophecies say, yet they don’t believe them! Why do Seventh-day Adventists believe the 1,000-year reign of Christ will be in heaven? And that the earth will be desolate and uninhabited by humans? That Satan and his demons will be the sole inhabiters of the earth during the 1,000 years? And that Jesus’ feet will not stand on the Mount of Olives until after the 1,000 years? …