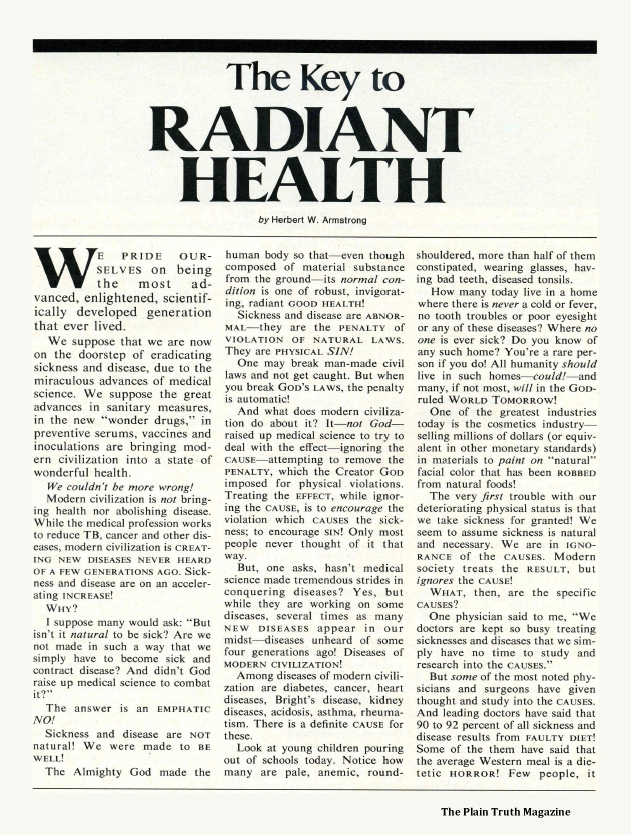 We Pride ourselves on being the most advanced, enlightened, scientifically developed generation that ever lived. We suppose that we are now on the doorstep of eradicating sickness and disease, due to the miraculous advances of medical science. We suppose the great advances in sanitary measures, in the new “wonder drugs,” in preventive serums, vaccines and inoculations are bringing modern civilization into a state of wonderful health. We couldn’t be more wrong! Modern civilization is not bringing health nor abolishing disease. While the medical profession works to reduce TB, cancer and other diseases, modern civilization is CREATING NEW DISEASES NEVER HEARD OF A FEW GENERATIONS AGO. Sickness and disease are on an accelerating INCREASE! …