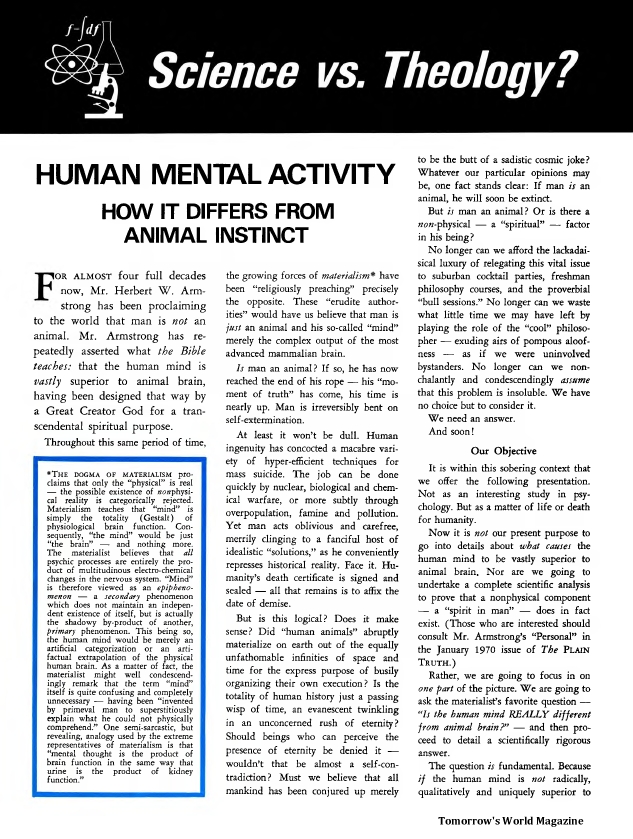 FOR ALMOST four full decades now, Mr. Herbert W. Armstrong has been proclaiming to the world that man is not an animal. Mr. Armstrong has repeatedly asserted what the Bible teaches: that the human mind is vastly superior to animal brain, having been designed that way by a Great Creator God for a transcendental spiritual purpose. …