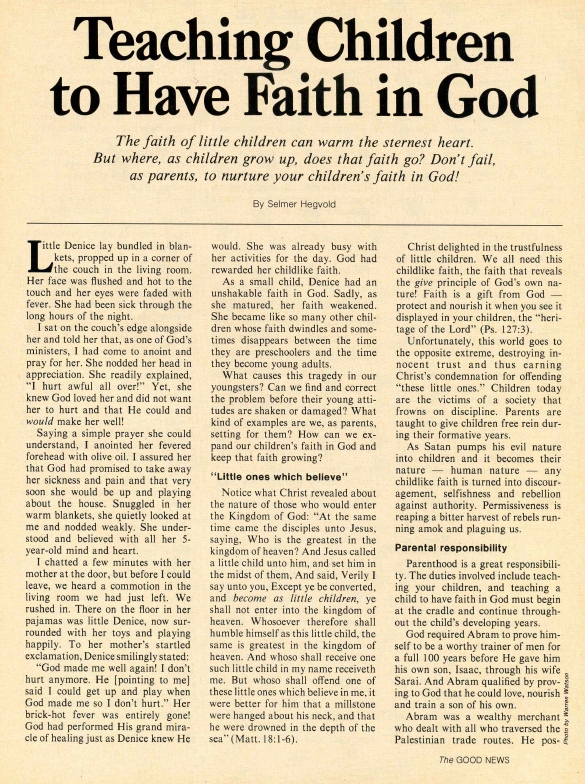 The faith of little children can warm the sternest heart. But where, as children grow up, does that faith go? Don’t fail, as parents, to nurture your children’s faith in God! Little Denice lay bundled in blankets, propped up in a corner of the couch in the living room. Her face was flushed and hot to the touch and her eyes were faded with fever. She had been sick through the long hours of the night. I sat on the couch’s edge alongside her and told her that, as one of God’s ministers, I had come to anoint and pray for her. She nodded her head in appreciation. She readily explained, “I hurt awful all over!” …