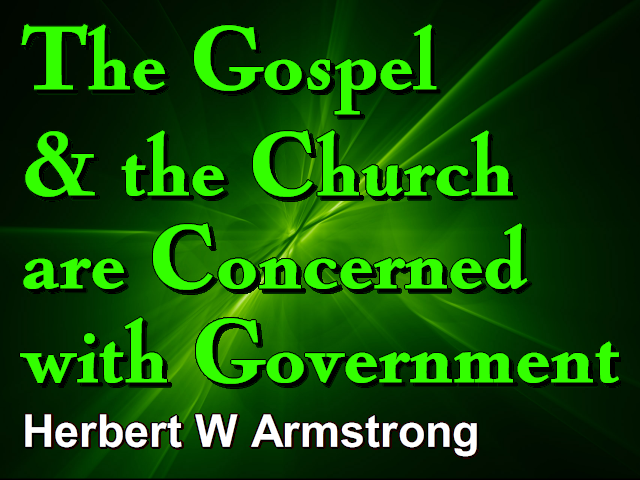 The Gospel and the Church are concerned with government. God, in creating people, has a program in mind and He made us first physical. So, first it started with the first Adam, the first man was called Adam. But then the spiritual phase of God’s whole program begins with Jesus Christ, and Christ is the second Adam, and that is the spiritual phase, not the physical. So Jesus is the second Adam. (I Corinthians 15:45-47) Now Jesus came for a dual purpose primarily. Jesus came — why did He come to Earth? Primarily for a dual purpose: First He came to be a king. You will find it back in the fifty-third chapter of Isaiah; you will find it back in the seventh chapter of Isaiah isn’t it, or no, it’s the ninth chapter, the sixth verse and so on. …