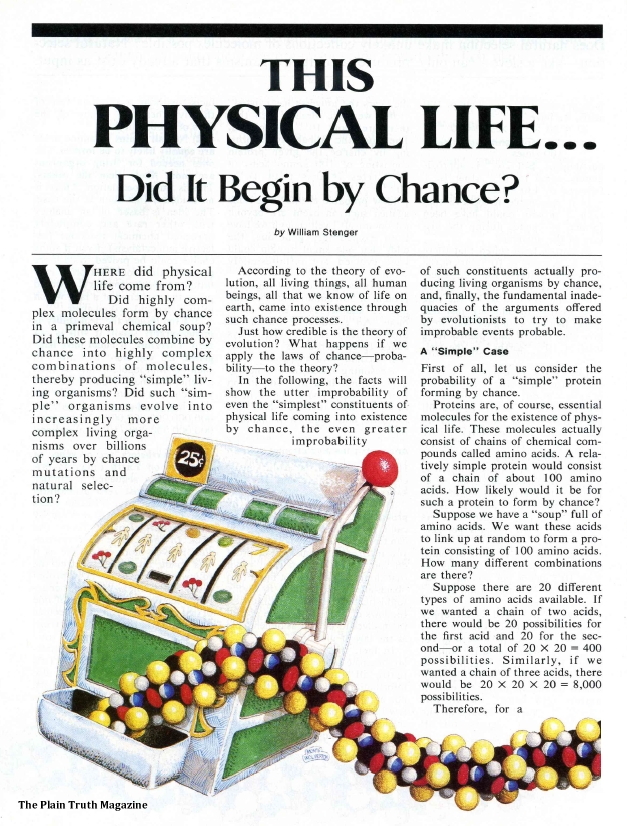 Where did physical life come from? Did highly complex molecules form by chance in a primeval chemical soup? Did these molecules combine by chance into highly complex combinations of molecules, thereby producing “simple” living organisms? Did such “simple” organisms evolve into increasingly more complex living organisms over billions of years by chance mutations and natural selection? According to the theory of evolution, all living things, all human beings, all that we know of life on earth, came into existence through such chance processes. Just how credible is the theory of evolution? What happens if we apply the laws of chance – probability – to the theory? …