DEATH Then What? – Patrick A Parnell – Plain Truth Magazine

DEATH Then What? – Patrick A Parnell – Plain Truth Magazine 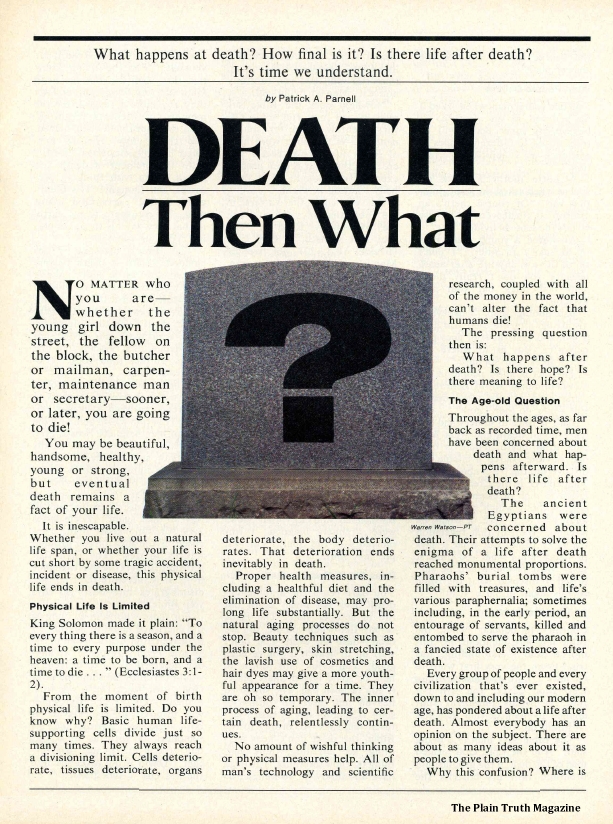 What happens at death? How final is it? Is there life after death? It’s time we understand. No matter who you are whether the young girl down the street, the fellow on the block, the butcher or mailman, carpenter, maintenance man or secretary- sooner, or later, you are going to die! You may be beautiful, handsome, healthy, young or strong, but eventual death remains a fact of your life. It is inescapable. Whether you live out a natural life span, or whether your life is cut short by some tragic accident, incident or disease, this physical life ends in death. …