How Is Your Attitude? – Robert C Smith – Good News Magazine

How Is Your Attitude? – Robert C Smith – Good News Magazine 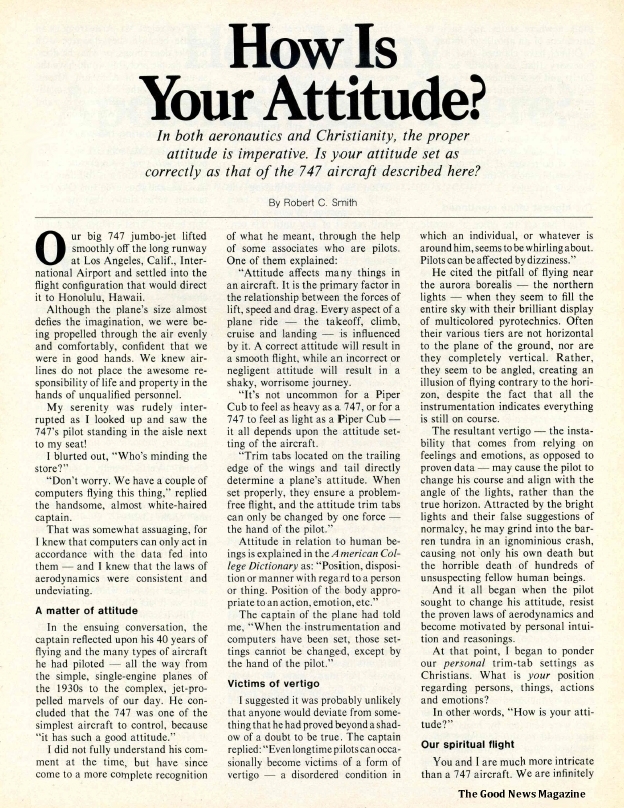 In both aeronautics and Christianity, the proper attitude is imperative. Is your attitude set as correctly as that of the 747 aircraft described here? Our big 747 jumbo-jet lifted smoothly off the long runway at Los Angeles, Calif., International Airport and settled into the flight configuration that would direct it to Honolulu, Hawaii. Although the plane’s size almost defies the imagination, we were being propelled through the air evenly • and comfortably, confident that we were in good hands. We knew airlines do not place the awesome responsibility of life and property in the hands of unqualified personnel. …