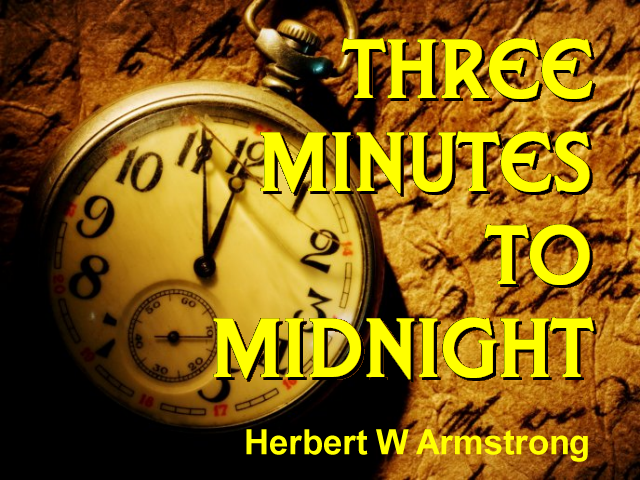 In the book of Malachi, the last book in the Old Testament a book of prophecy, God said, that just before the end of this world he would send a messenger, to proclaim the nearness of the end of this world and the second coming of Jesus Christ to bring peace and happiness and joy to this war stricken, this evil, violent world and to put an end to this violence, this war and the terrible conditions in the world today. It would be a voice crying aloud, showing the people their sins. Now just as John the Baptist was a voice coming before the first coming of Jesus Christ, to prepare the way for His coming, a voice crying out in the physical wilderness… …