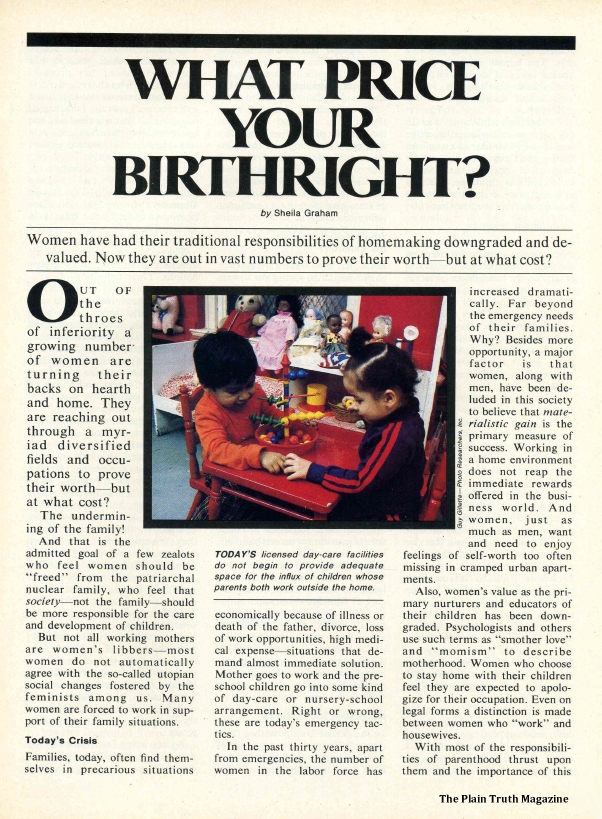 Women have had their traditional responsibilities of homemaking downgraded and devalued. Now they are out in vast numbers to prove their worth – but at what cost? Out of throes of inferiority a growing number of women are turning their backs on hearth and home. They are reaching out through a myriad diversified fields and occupations to prove their worth – but at what cost? The undermining of the family! And that is the admitted goal of a few zealots who feel women should be “freed” from the patriarchal nuclear family, who feel that society – not the family – should be more responsible for the care and development of children. But not all working mothers are women’s libbers – most women do not automatically agree with the so-called utopian social changes fostered by the feminists among us. Many women are forced to work in support of their family situations. …