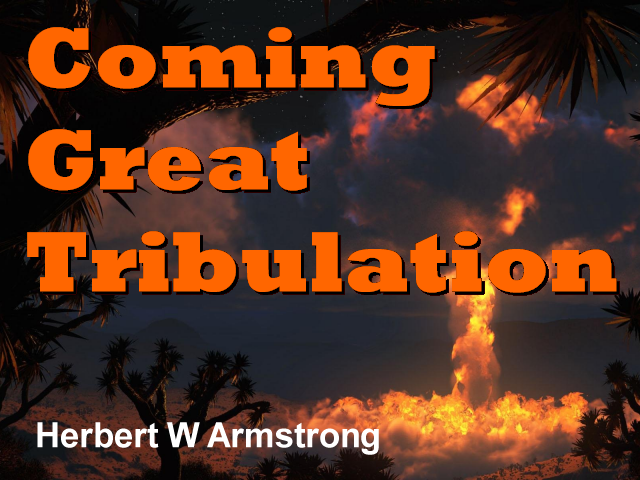 Nuclear world war leading to Armageddon and the end of this world definitely is prophesied and for this present living generation. The very imminence of nuclear world war is causing millions to think as they never thought before. Now just how real is that threat, only God Almighty can tell us, there is only the one authority and that is God almighty and the Bible, the book called the Holy Bible has been proved to be the Word of God that is the book that is the world’s greatest seller it is in more homes, in more libraries, in more places, hotels, all over the world than any other book and yet it is the least read and absolutely the least understood. Let me read you what Jesus Christ Himself said, it’s recorded in 24th chapter Matthew, Jesus had been in the temple in Jerusalem and showing his disciples, the buildings of the temple, and telling them that even in their lifetime the temple was going to be destroyed… …