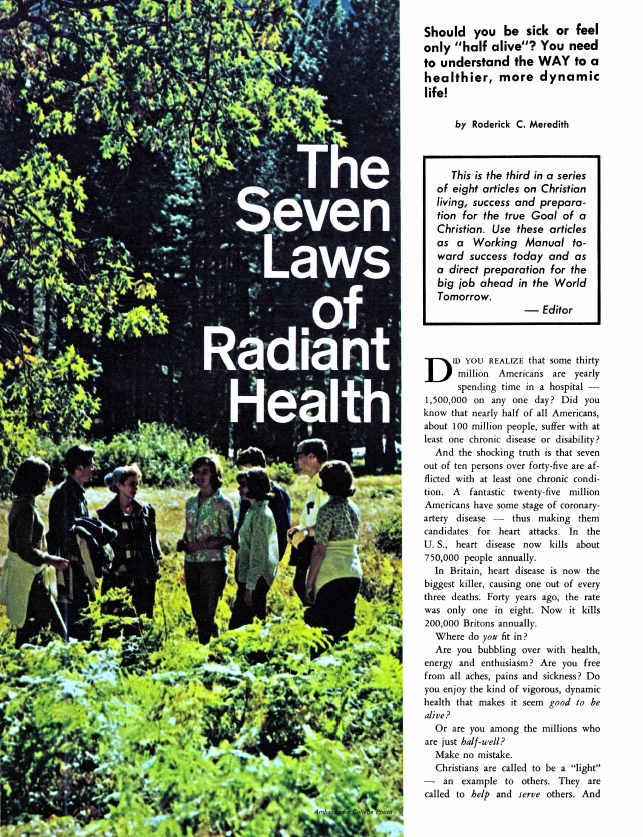 Should you be sick or feel only “half alive”? You need to understand the WAY to a healthier, more dynamic life! DID YOU REALIZE that some thirty million Americans are yearly spending time in a hospital – 1,350,000 on any one day? Did you know that nearly half of all Americans, about 100 million people, suffer with at least one chronic disease or disability? …