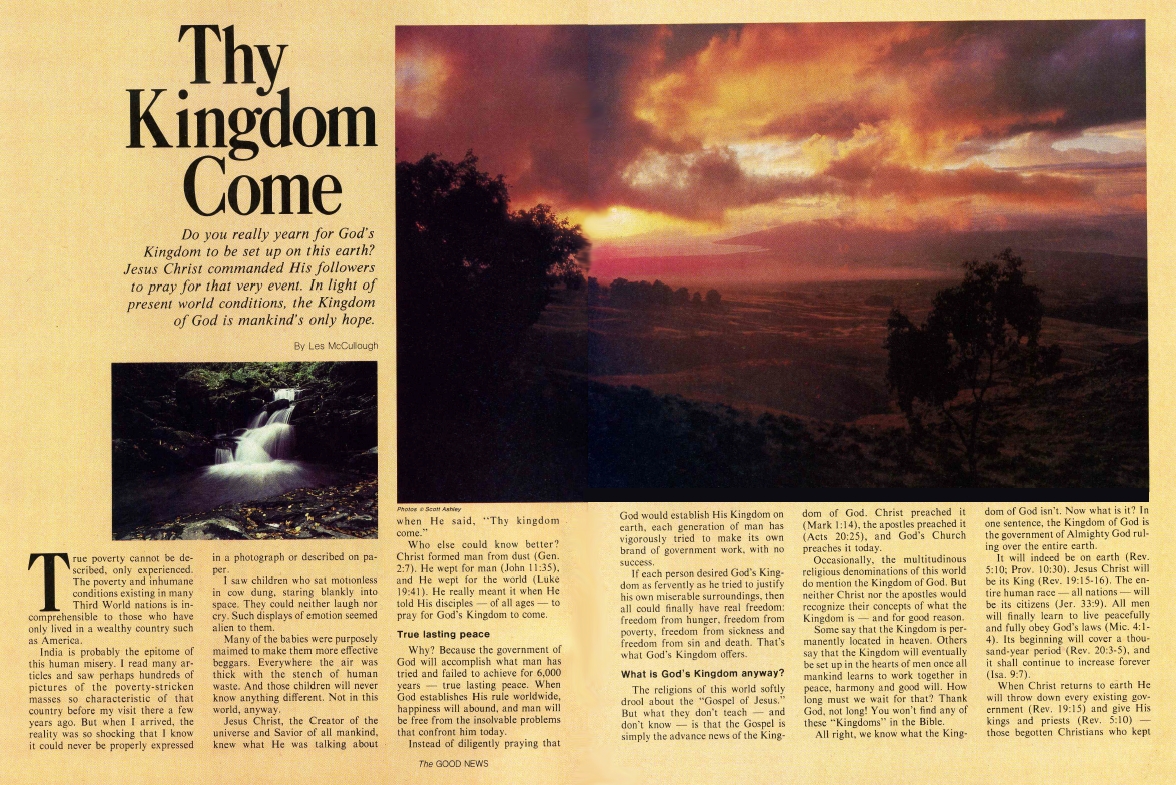 Do you really yearn for God’s Kingdom to be set up on this earth? Jesus Christ commanded His followers to pray for that very event. In light of present world conditions, the Kingdom of God is mankind’s only hope. True poverty cannot be described, only experienced. The poverty and inhumane conditions existing in many Third World nations is incomprehensible to those who have only lived in a wealthy country such as America. India is probably the epitome of this human misery. …