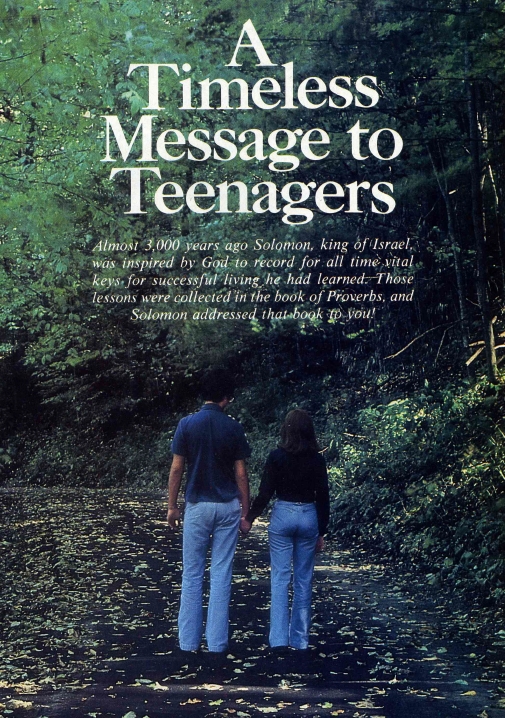 Almost 3,000 years ago Solomon, king of Israel, was inspired by God to record for all time vital keys for successful living he had learned. Those lessons were collected in the book of Proverbs, and Solomon addressed that book to you! I always thought the Bible was for adults. Until I became one. Then I thought it was for older adults. After all, it contains some pretty heavy reading that isn’t always the easiest to understand, much less live by! It only discussed adult behavior, adult problems and adult solutions – or so I thought. So it came as something of a surprise to me when, while preparing a Bible study for a group of teens in an area church, I opened my Bible to Proverbs and saw for the first time Solomon’s reason for writing the book. …