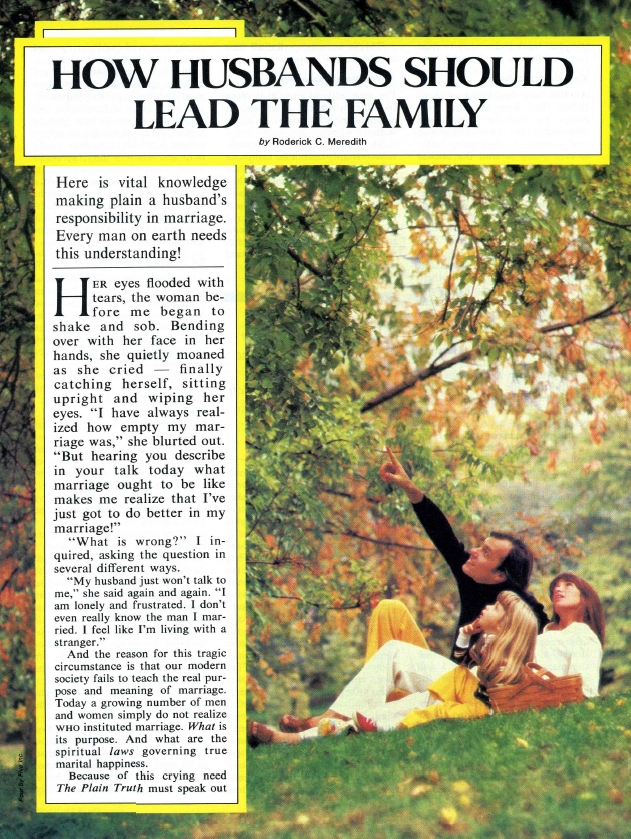 Here is vital knowledge making plain a husband’s responsibility in marriage. Every man on earth needs this understanding! HER eyes flooded with tears, the woman before me began to shake and sob. Bending over with her face in her hands, she quietly moaned as she cried – finally catching herself, sitting upright and wiping her eyes. “I have always realized how empty my marriage was,” she blurted out. “But hearing you describe in your talk today what marriage ought to be like makes me realize that I’ve just got to do better in my marriage!” “What is wrong?” I inquired, asking the question in several different ways. …