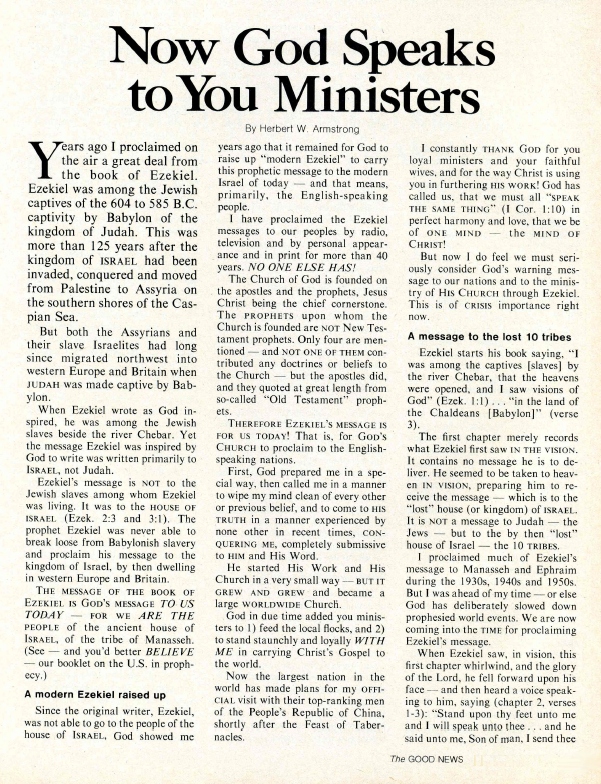 Years ago I proclaimed on the air a great deal from the book of Ezekiel. Ezekiel was among the Jewish captives of the 604 to 585 B.C. captivity by Babylon of the kingdom of Judah. This was more than 125 years after the kingdom of ISRAEL had been invaded, conquered and moved from Palestine to Assyria on the southern shores of the Caspian Sea. But both the Assyrians and their slave Israelites had long since migrated northwest into western Europe and Britain when JUDAH was made captive by Babylon. …