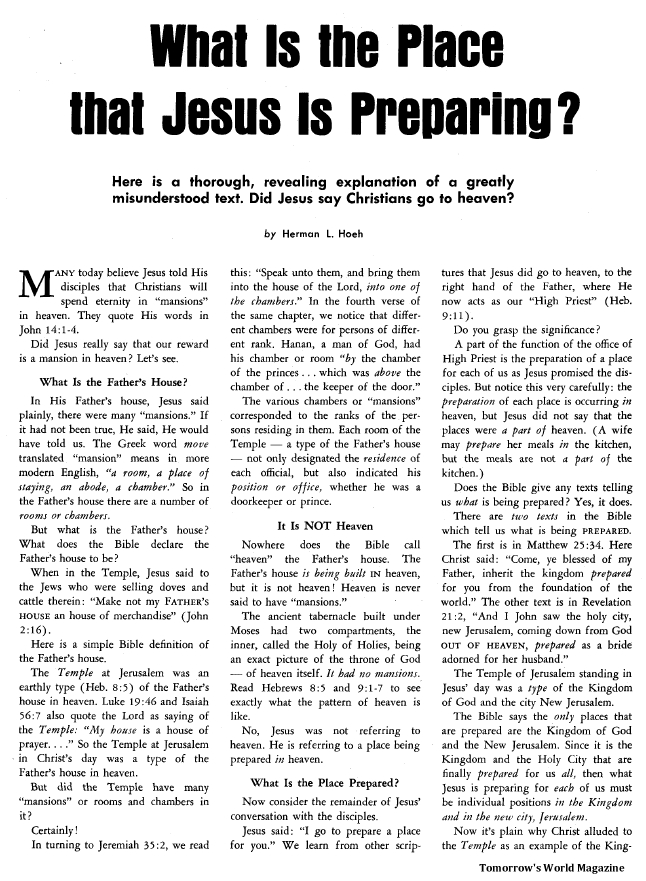 Here is a thorough, revealing explanation of a greatly misunderstood text. Did Jesus say Christians go to heaven? …