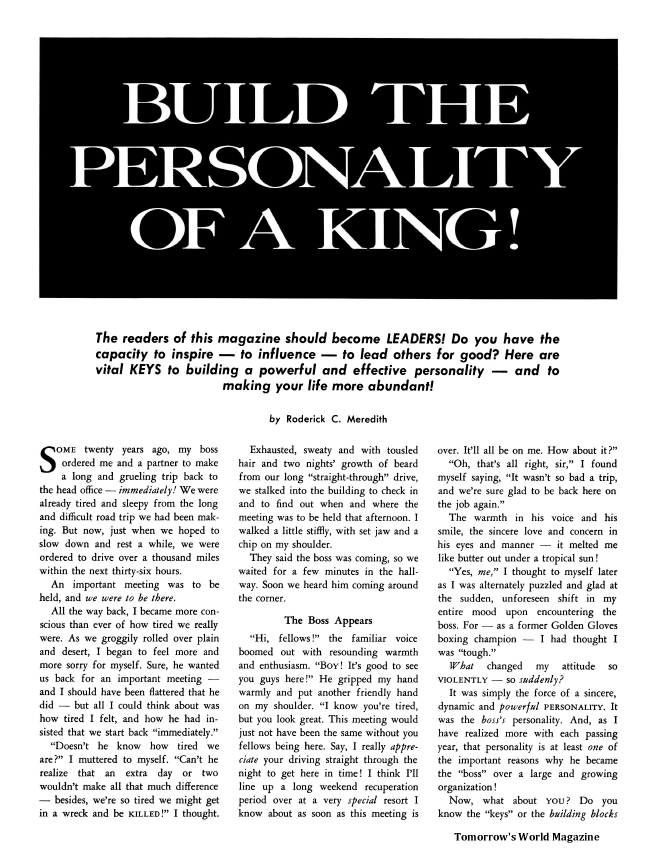 The readers of this magazine should become LEADERS! Do you have the capacity to inspire – to influence – to lead others for good? Here are vital KEYS to building a powerful and effective personality – and to making your life more abundant! …