How Did You Come to Know the Truth? – Herbert W Armstrong – Good News Magazine

How Did You Come to Know the Truth? – Herbert W Armstrong – Good News Magazine 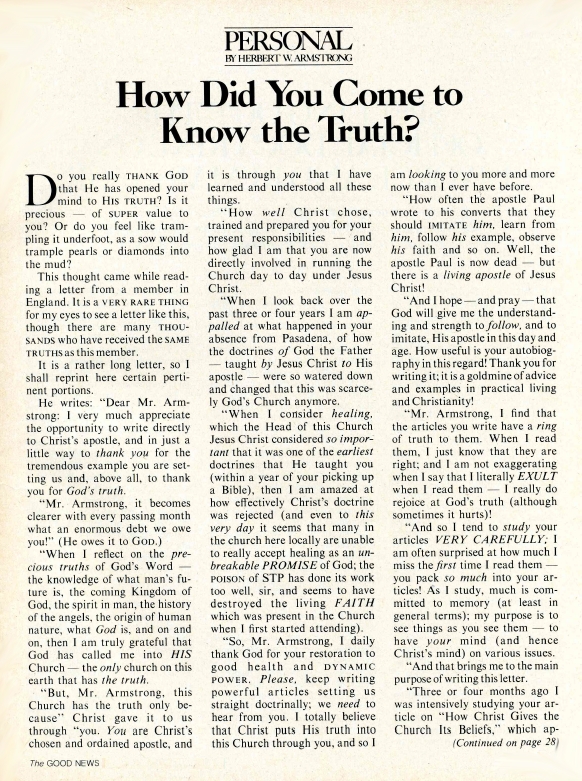 Personal from Herbert W Armstrong – Do you really THANK GOD that He has opened your mind to HIS TRUTH? Is it precious – of SUPER value to you? Or do you feel like trampling it underfoot, as a sow would trample pearls or diamonds into the mud? This thought came while reading a letter from a member in England. It is a VERY RARE THING for my eyes to see a letter like this, though there are many THOUSANDS who have received the SAME TRUTHS as this member. It is a rather long letter, so I shall reprint here certain pertinent portions. …