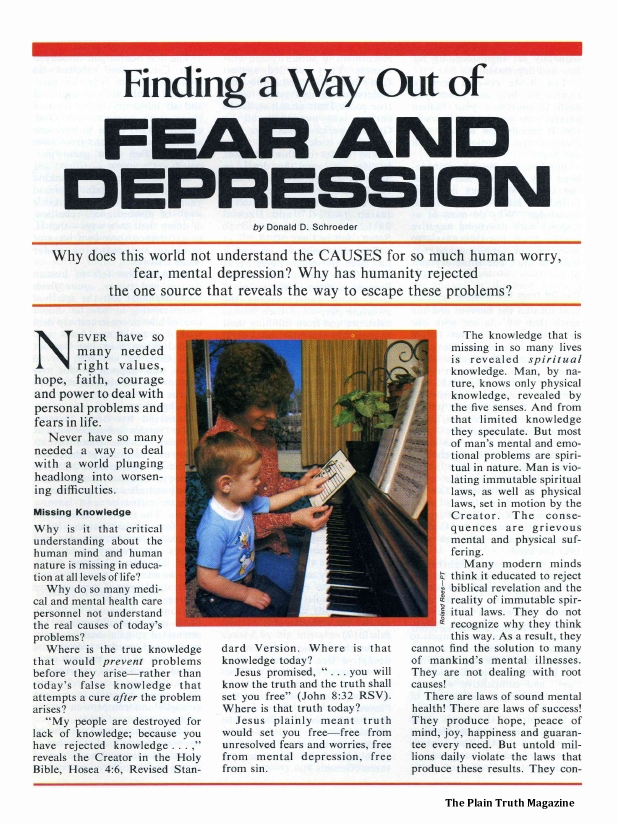 Why does this world not understand the CAUSES for so much human worry, fear, mental depression? Why has humanity rejected the one source that reveals the way to escape these problems? NEVER have so many needed right values, hope, faith, courage and power to deal with personal problems and fears in life. N ever have so many needed a way to deal with a world plunging headlong into worsening difficulties. …