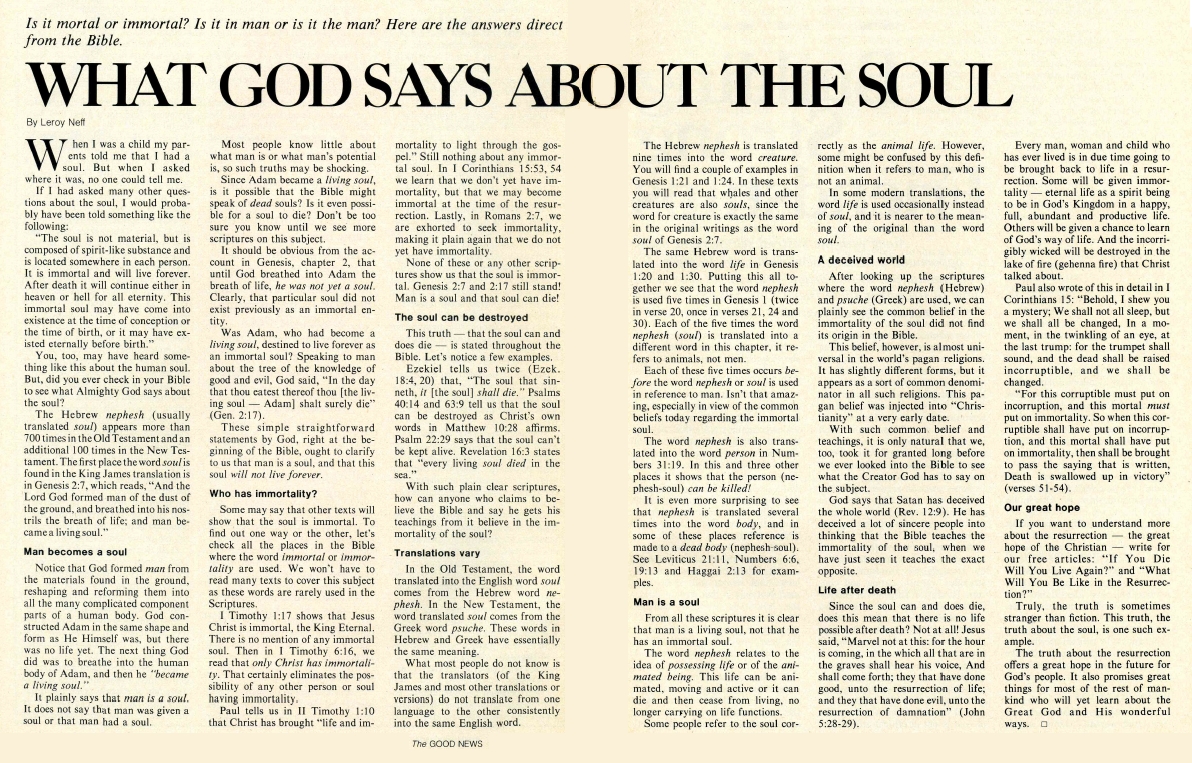 Is it mortal or immortal? Is it in man or is it the man? Here are the answers direct from the Bible. When I was a child my parents told me that I had a soul. But when I asked where it was, no one could tell me. If I had asked many other questions about the soul, I would probably have been told something like the following: “The soul is not material, but is composed of spirit-like substance and is located somewhere in each person. …