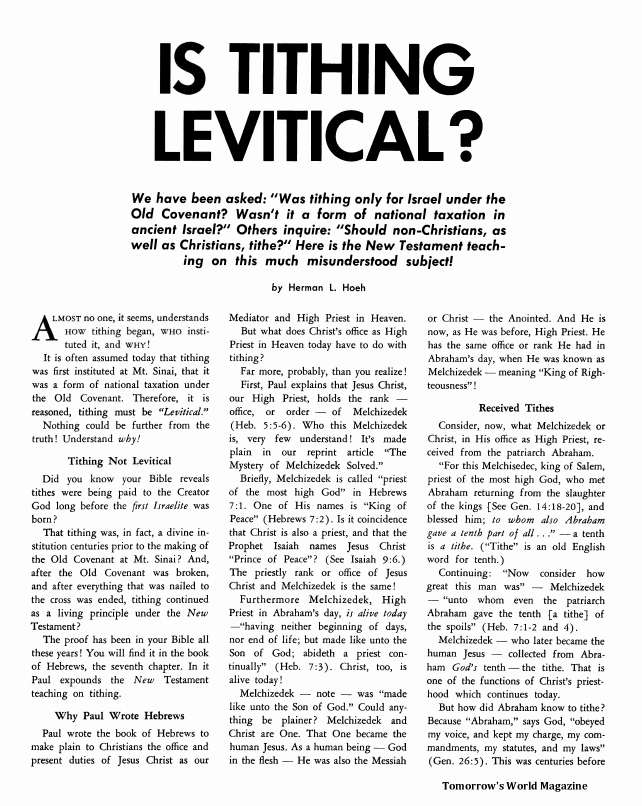 We have been asked: “Was tithing only for Israel under the Old Covenant? Wasn’t it a form of national taxation in ancient Israel?” Others inquire: “Should non-Christians, as well as Christians, tithe?” Here is the New Testament teaching on this much misunderstood subject! …