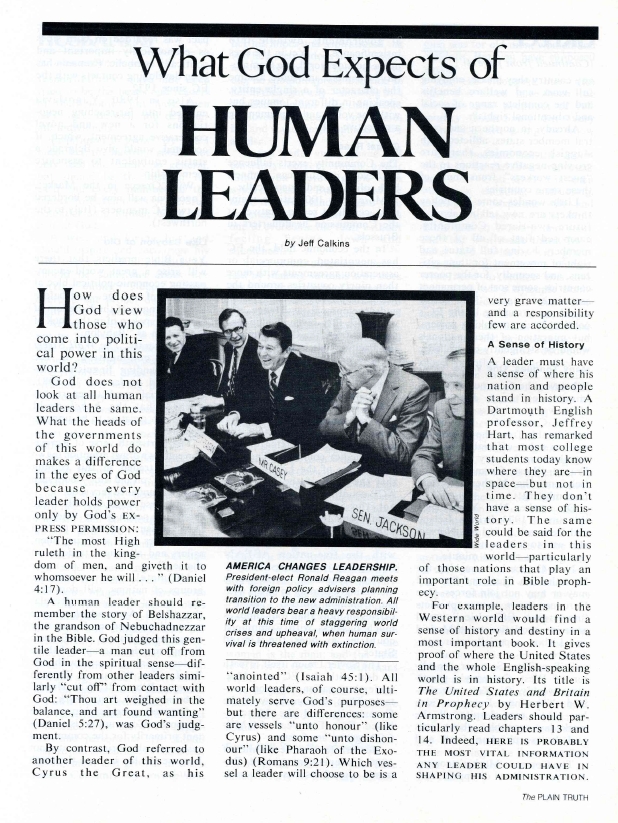 How does God view those who come into political power in this world? God does not look at all human leaders the same. What the heads of the governments of this world do makes a difference in the eyes of God because every leader holds power only by God’s EXPRESS PERMISSION: “The most High ruleth in the kingdom of men, and giveth it to whomsoever he will… ” (Daniel 4:17). A human leader should remember the story of Belshazzar, the grandson of Nebuchadnezzar in the Bible. God judged this gentile leader-a man cut off from God in the spiritual sense – differently from other leaders similarly “cut off” from contact with God: “Thou art weighed in the balance, and art found wanting” (Daniel 5:27), was God’s judgment. …