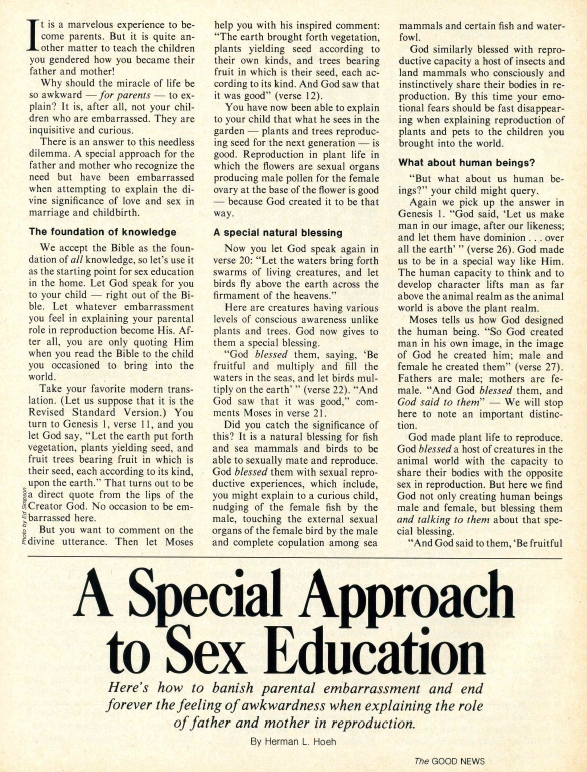 Here’s how to banish parental embarrassment and end forever the feeling of awkwardness when explaining the role of father and mother in reproduction. It is a marvelous experience to become parents. But it is quite another matter to teach the children you gendered how you became their father and mother! Why should the miracle of life be so awkward – for parents – to explain? It is, after all, not your children who are embarrassed. They are inquisitive and curious. …