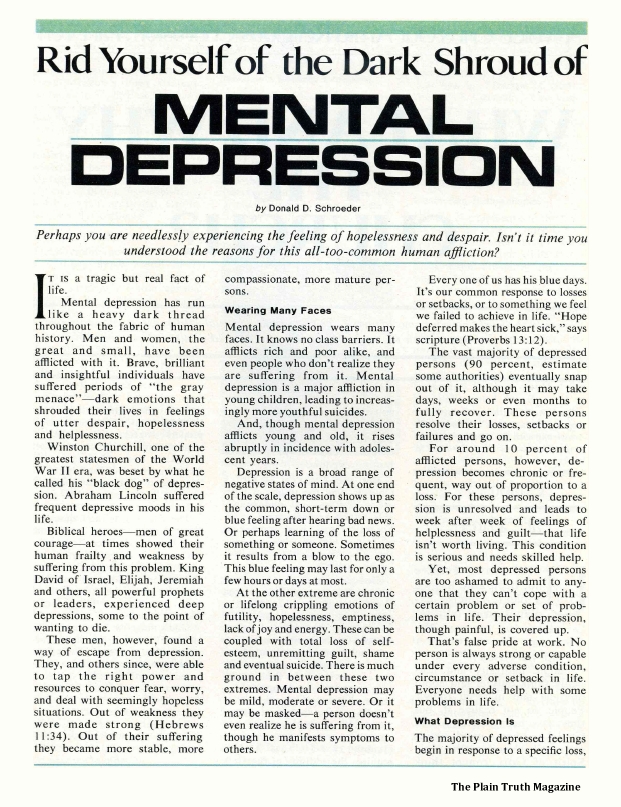 Perhaps you are needlessly experiencing the feeling of hopelessness and despair. Isn’t it time you understood the reasons for this all-too-common human affliction? It is a tragic but real fact of life. Mental depression has run like a heavy dark thread throughout the fabric of human history. Men and women, the great and small, have been afflicted with it. Brave, brilliant and insightful individuals have suffered periods of “the gray menace”-dark emotions that shrouded their lives in feelings of utter despair, hopelessness and helplessness. Winston Churchill, one of the greatest statesmen of the World War II era, was beset by what he called his “black dog” of depression. Abraham Lincoln suffered frequent depressive moods in his life. Biblical heroes-men of great courage-at times showed their human frailty and weakness by suffering from this problem. …