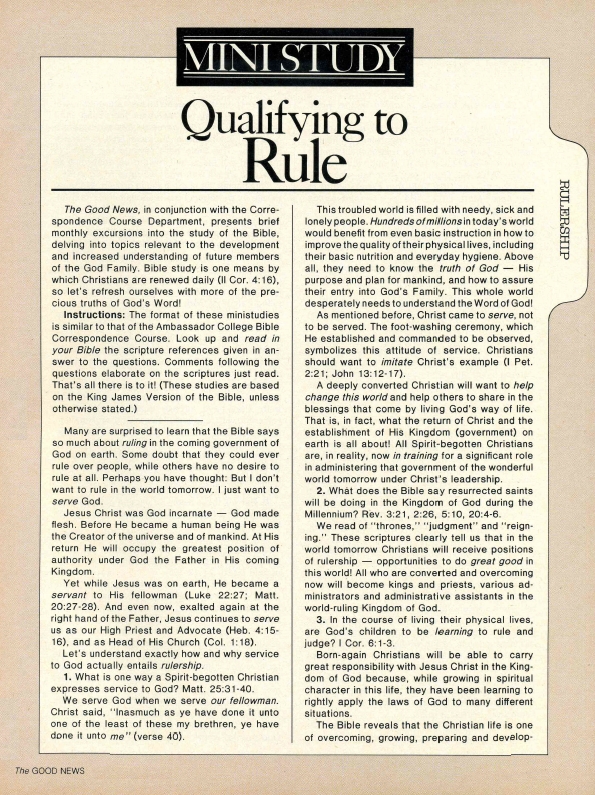 Many are surprised to learn that the Bible says so much about ruling in the coming government of God on earth. Some doubt that” they could ever rule over people, while others have no desire to rule at all. Perhaps you have thought: But I don’t want to rule in the world tomorrow. I just want to serve God. Jesus Christ was God incarnate – God made flesh. Before He became a human being He was the Creator of the universe and of mankind. At His return He will occupy the greatest position of authority under God the Father in His coming Kingdom. Yet while Jesus was on earth, He became a servant to His fellowman. …