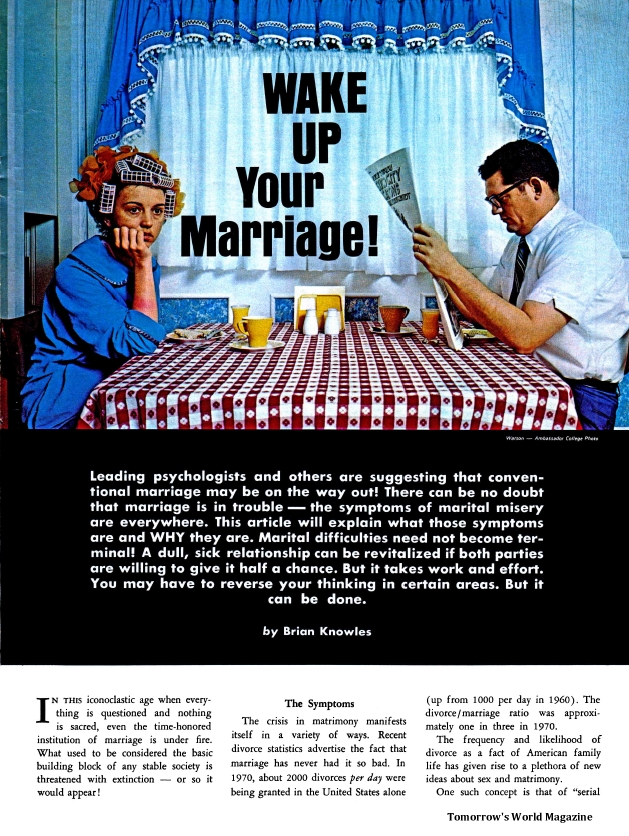 Leading psychologists and others are suggesting that conventional marriage may be on the way out! There can be no doubt that marriage is in trouble – the symptoms of marital misery are everywhere. This article will explain what those symptoms are and WHY they are. Marital difficulties need not become terminal! A dull, sick relationship can be revitalized if both parties are willing to give it half a chance. But it takes work and effort. You may have to reverse your thinking in certain areas. But it can be done. …