How Sexy Can You Get? – David Jon Hill – Tomorrow’s World Magazine

How Sexy Can You Get? – David Jon Hill – Tomorrow’s World Magazine 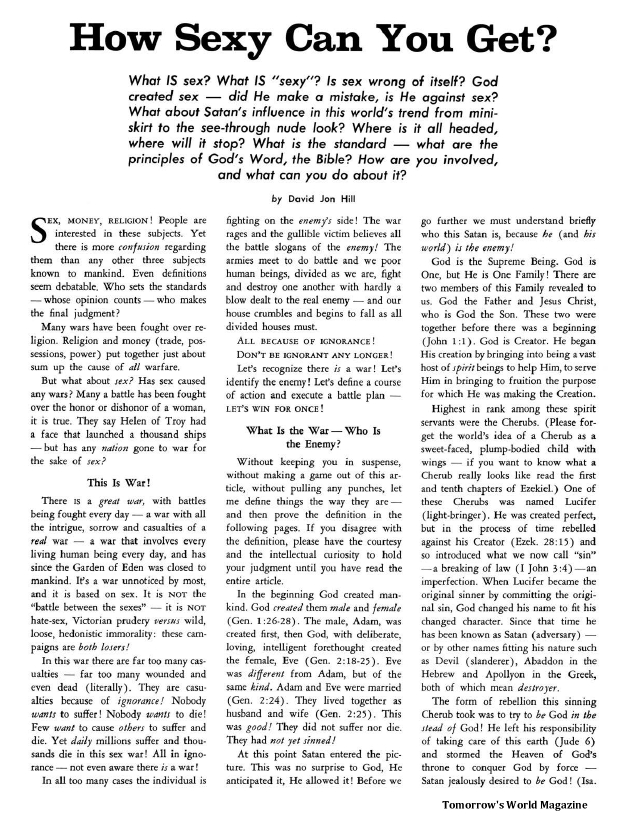 What IS sex? What is “sexy”? Is sex wrong of itself? God created sex – did He make a mistake, is He against sex? What about Satan’s influence in this world’s trend from miniskirt to the see-through nude look? Where is it all headed, where will it stop? What is the standard – what are the principles of God’s Word, the Bible? How are you involved, and what can you do about it? SEX, MONEY, RELIGION! People are interested in these subjects. Yet there is more confusion regarding them than any other three subjects known to mankind. …