The campaign for the presidency of the United States. – Herbert W Armstrong – Plain Truth Magazine

The campaign for the presidency of the United States. – Herbert W Armstrong – Plain Truth Magazine 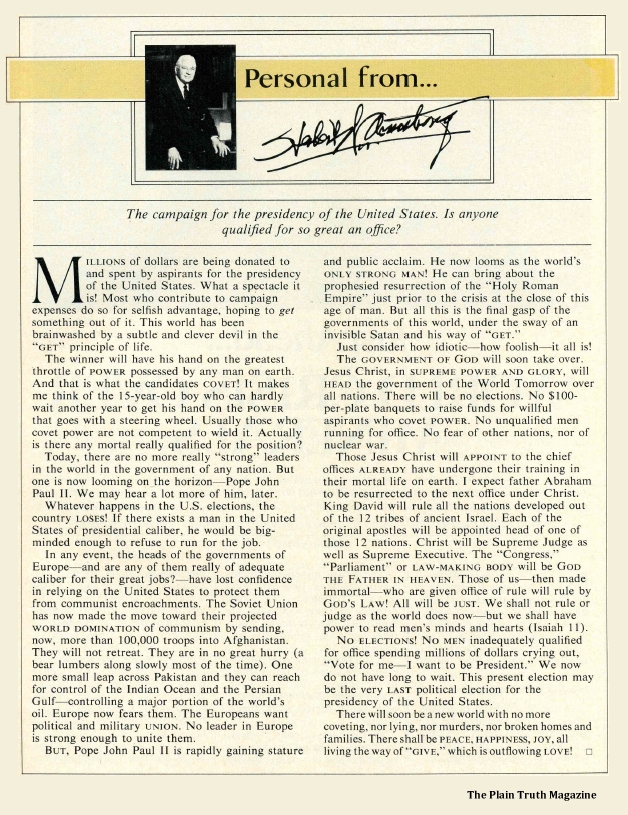 Personal from Herbert W Armstrong – The campaign for the presidency of the United States. Is anyone qualified for so great an office? MILLIONS of dollars are being donated to and spent by aspirants for the presidency of the United States. What a spectacle it is! Most who contribute to campaign expenses do so for selfish advantage, hoping to get something out of it. This world has been brainwashed by a subtle and clever devil in the “GET” principle of life. The winner will have his hand on the greatest throttle of POWER possessed by any man on earth. And that is what the candidates COVET! It makes me think of the 15-year-old boy who can hardly wait another year to get his hand on the POWER that goes with a steering wheel. Usually those who covet power are not competent to wield it. Actually is there any mortal really qualified for the position? …