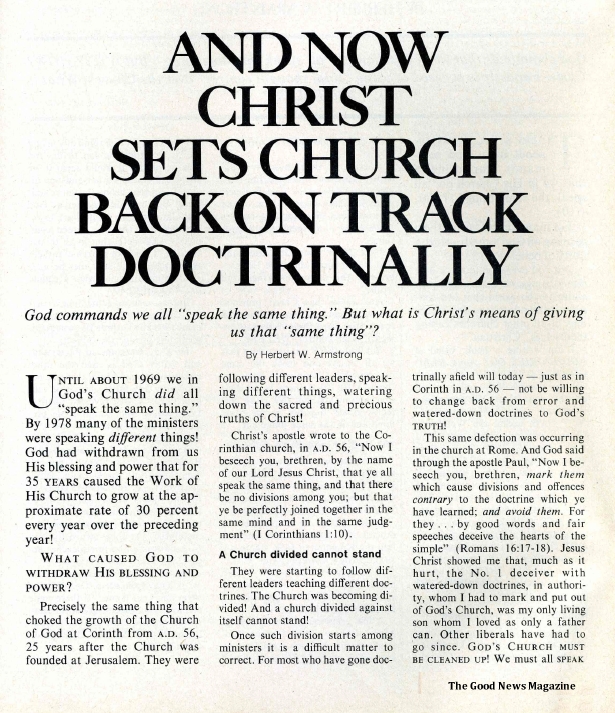 God commands we all “speak the same thing.” But what is Christ’s means of giving us that “same thing”? UNTIL ABOUT 1969 we in God’s Church did all “speak the same thing.” By 1978 many of the ministers were speaking different things! God had withdrawn from us His blessing and power that for 35 YEARS caused the Work of His Church to grow at the approximate rate of 30 percent every year over the preceding year! WHAT CAUSED GOD TO WITHDRAW HIS BLESSING AND POWER? …