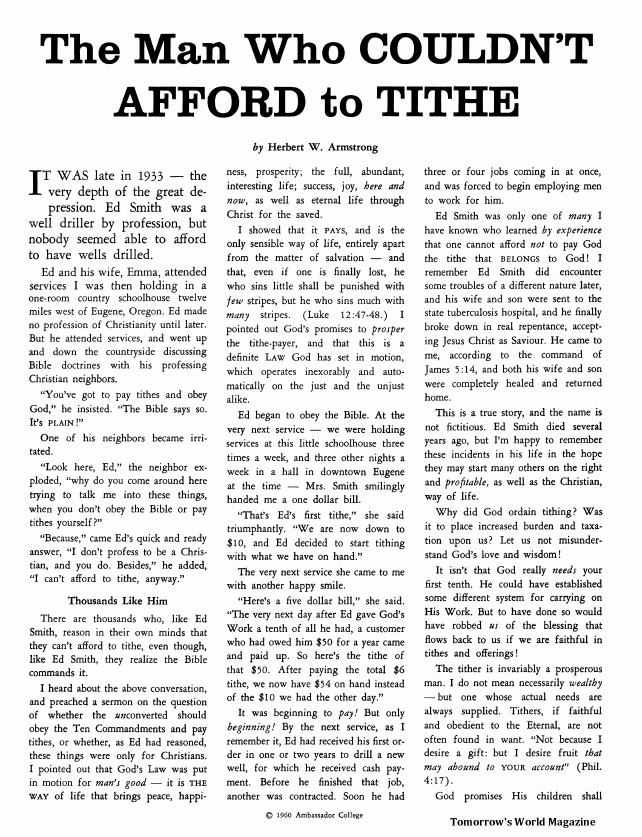 IT WAS late in 1933 – the very depth of the great depression. Ed Smith was a well driller by profession, but nobody seemed able to afford to have wells drilled. Ed and his wife, Emma, attended services I was then holding in a one-room country schoolhouse twelve miles west of Eugene, Oregon. Ed made no profession of Christianity until later. But he attended services, and went up and down the countryside discussing Bible doctrines with his professing Christian neighbors. “You’ve got to pay tithes and obey God,” he insisted. “The Bible says so. …