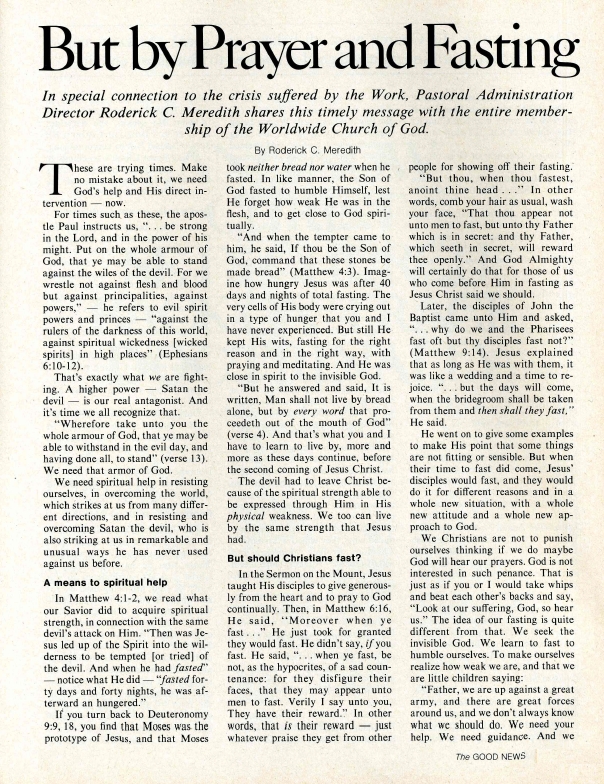 In special connection to the crisis suffered by the Work, Pastoral Administration Director Roderick C. Meredith shares this timely message with the entire membership of the Worldwide Church of God. These are trying times. Make no mistake about it, we need God’s help and His direct intervention – now. For times such. as these, the apostle Paul instructs us, “… be strong in the Lord, and in the power of his might. …