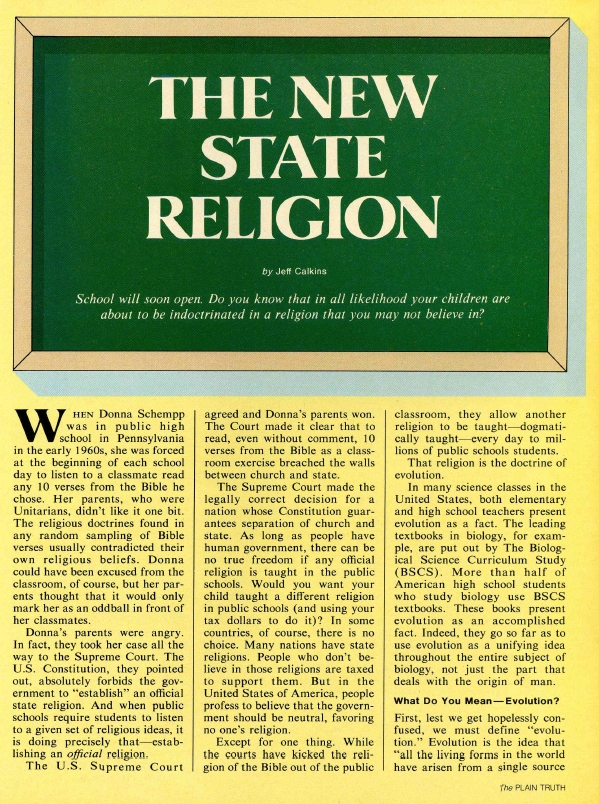 School will soon open. Do you know that in all likelihood your children are about to be indoctrinated in a religion that you may not believe in? When Donna Schempp was in public high school in Pennsylvania in the early 1960s, she was forced at the beginning of each school day to listen to a classmate read any 10 verses from the Bible he chose. Her parents, who were Unitarians, didn’t like it one bit. The religious doctrines found in any random sampling of Bible verses usually contradicted their own religious beliefs. Donna could have been excused from the classroom, of course, but her parents thought that it would only mark her as an oddball in front of her classmates. Donna’s parents were angry. In fact, they took her case all the way to the Supreme Court. The U.S. Constitution, they pointed out, absolutely forbids the government to “establish” an official state religion. …