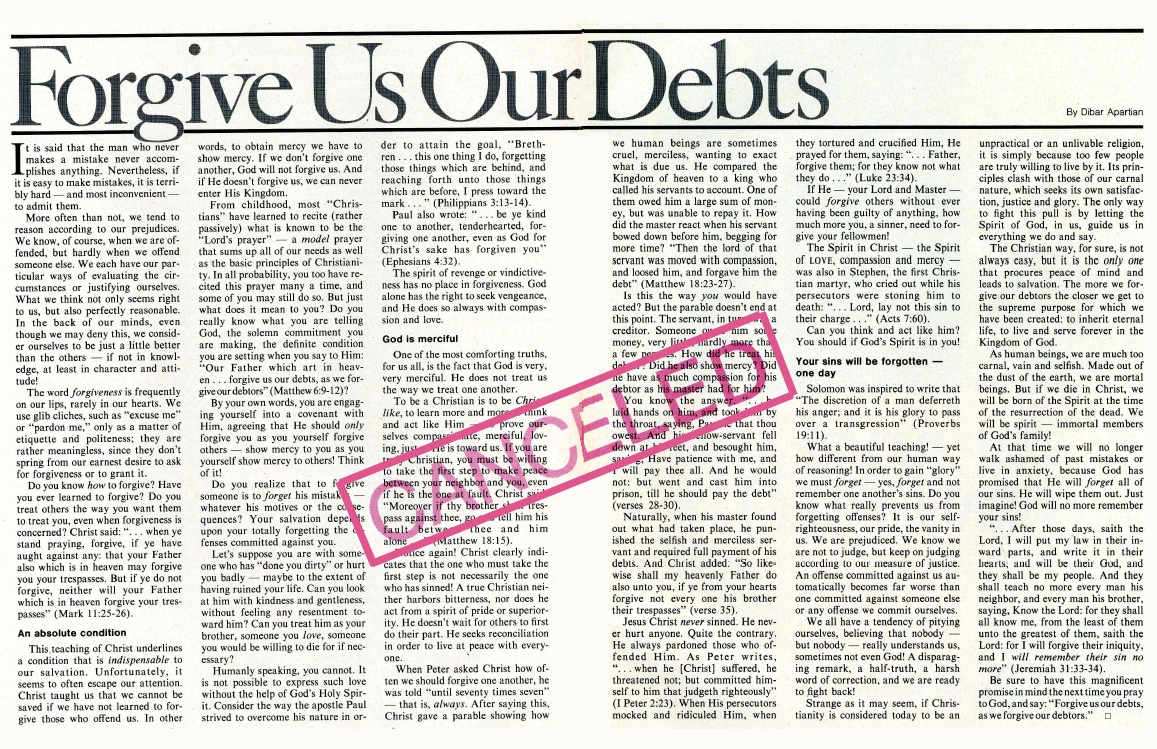 It is said that the man who never makes a mistake never accomplishes anything. Nevertheless, if it is easy to make mistakes, it is terribly hard – and most inconvenient – to admit them. More often than not, we tend to reason according to our prejudices. We know, of course, when we are offended, but hardly when we offend someone else. We each have our particular ways of evaluating the circumstances or justifying ourselves. What we think not only seems right to us, but also perfectly reasonable. In the back of our minds, even though we may deny this, we consider ourselves to be just a little better than the others – if not in knowledge, at least in character and attitude! …