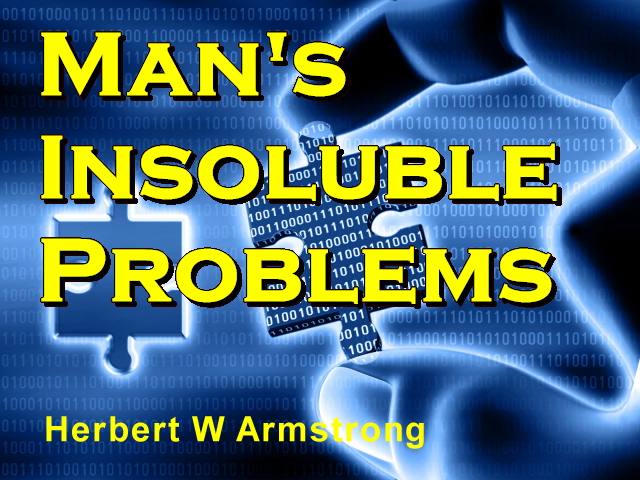 There seems to be no solution in sight today to the frightening world troubles with nuclear World War III threatening to blast all human life off this planet. Now the United States and the Soviet Union are not going to get together and solve it, the United Nations is not going to solve it, modern science is not going to solve it, they’ve only built the weapons of mass destruction that can destroy all human life, but there is a solution and it’s already underway, but the world doesn’t seem to understand it. …