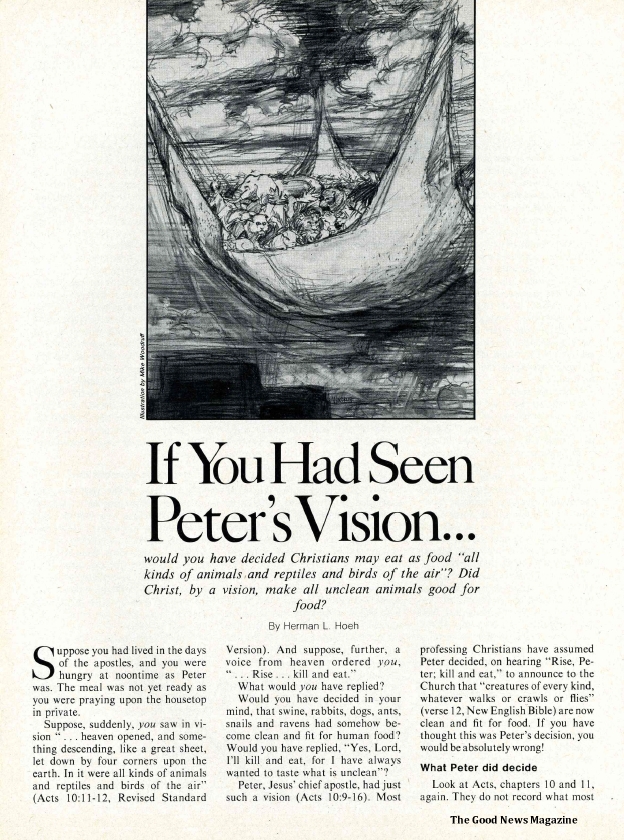 Would you have decided Christians may eat as food “all kinds of animals, and reptiles and birds of the air”? Did Christ, by a vision, make all unclean animals good for food? Suppose you had lived in the days of the apostles, and you were hungry at noontime as Peter was. The meal was not yet ready as you were praying upon the housetop in private. Suppose, suddenly, you saw in vision “… heaven opened, and something descending, like a great sheet, let down by four corners upon the earth. …