The Uninhabited Universe Is Man Unique After All? – Robert A Ginskey – Plain Truth Magazine

The Uninhabited Universe Is Man Unique After All? – Robert A Ginskey – Plain Truth Magazine 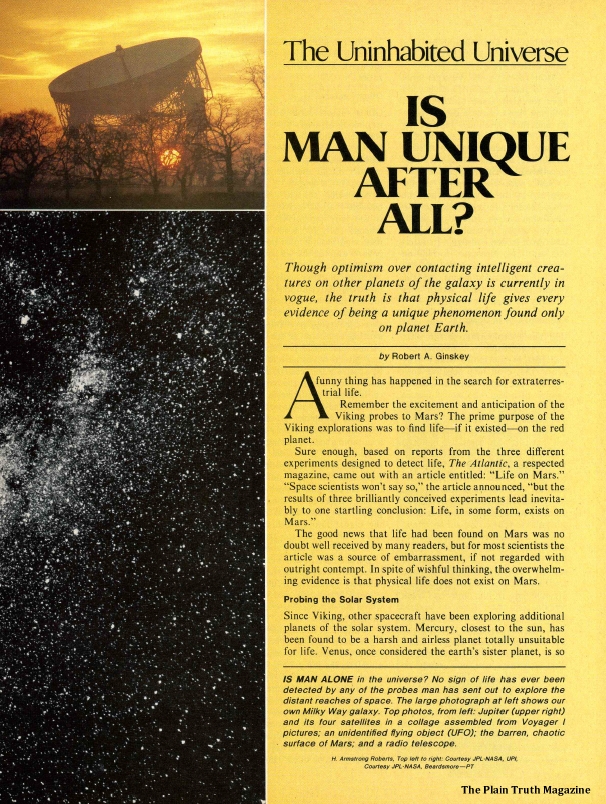 Though optimism over contacting intelligent creatures on other planets of the galaxy is currently in vogue, the truth is that physical life gives every evidence of being a unique phenomenon found only on planet Earth. …