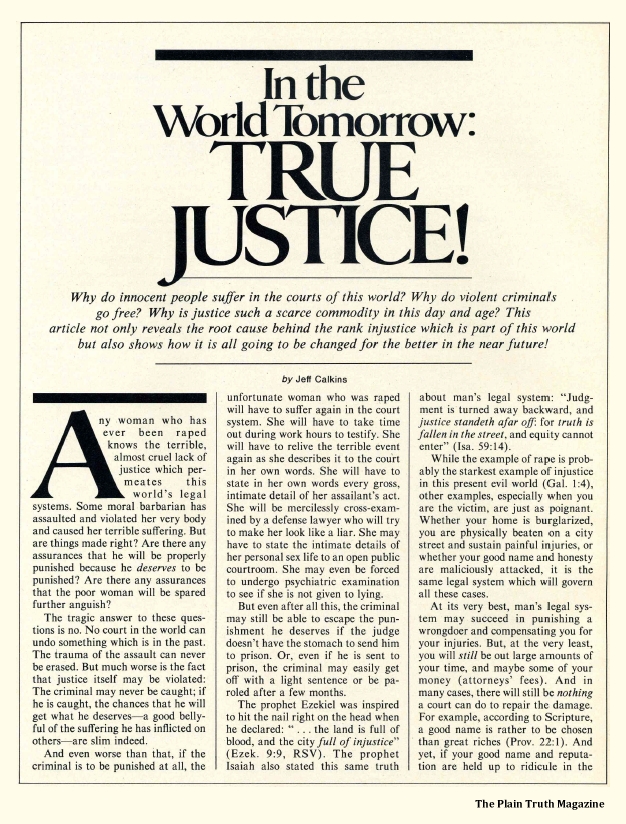 Why do innocent people suffer in the courts of this world? Why do violent criminals go free? Why is justice such a scarce commodity in this day and age? This article not only reveals the root cause behind the rank injustice which is part of this world but also shows how it is all going to be changed for the better in the near future! Any woman who has ever been raped knows the terrible, almost cruel lack of justice which permeates this world’s legal systems. Some moral barbarian has assaulted and violated her very body and caused her terrible suffering. But are things made right? Are there any assurances that he will be properly punished because he deserves to be punished? Are there any assurances that the poor woman will be spared further anguish? The tragic answer to these questions is no. No court in the world can undo something which is in the past. The trauma of the assault can never be erased. But much worse is the fact that justice itself may be violated: The criminal may never be caught; if he is caught, the chances that he will get what he deserves-a good bellyful of the suffering he has inflicted on others-are slim indeed. …