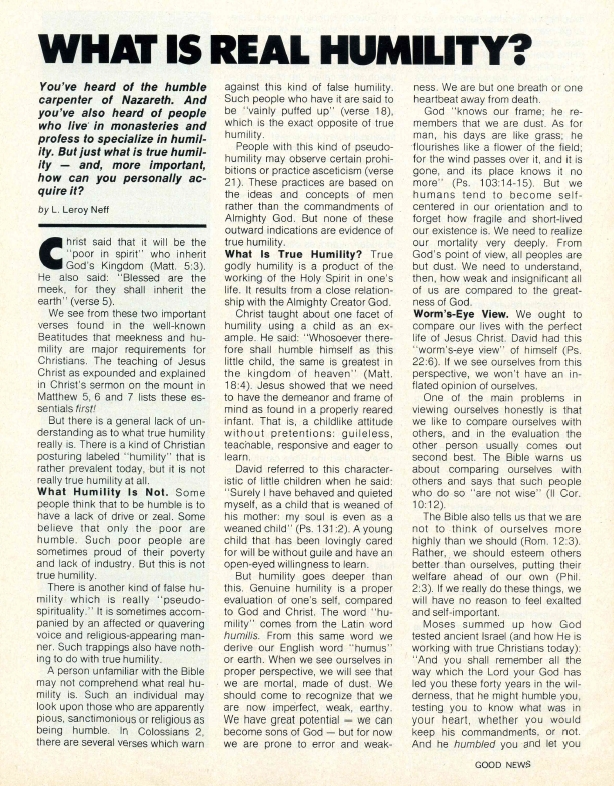 You’ve heard of the humble carpenter of Nazareth. And you’ve also heard of people who live in monasteries and profess to specialize in humility. But just what is true humility – and, more important, how can you personally acquire it? Christ said that it will be the “poor in spirit” who inherit God’s Kingdom (Matt. 5:3). He also said: “Blessed are the meek, for they shall inherit the earth” (verse 5). We see from these two important verses found in the well-known Beatitudes that meekness and humility are major requirements for Christians. The teaching of Jesus Christ as expounded and explained in Christ’s sermon on the mount in Matthew 5, 6 and 7 lists these essentials first! …