But Is This World Getting Saved? – Garner Ted Armstrong – Good News Magazine

But Is This World Getting Saved? – Garner Ted Armstrong – Good News Magazine 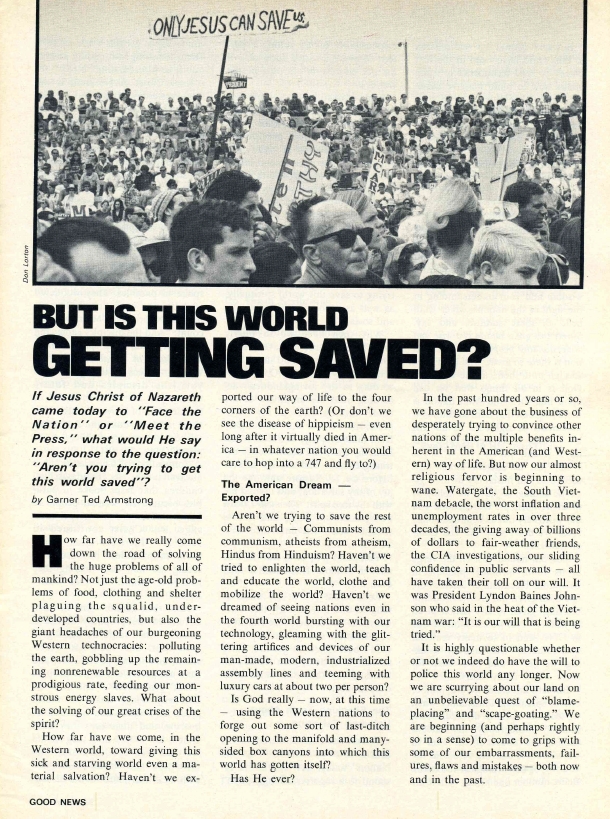 If Jesus Christ of Nazareth came today to “Face the Nation” or “Meet the Press,” what would He say in response to the question: “Aren’t you trying to get this world saved”? by Garner Ted Armstrong How far have we really come down the road of solving the huge problems of all of mankind? Not just the age-old problems of food, clothing and shelter plaguing the squalid, underdeveloped countries, but also the giant headaches of our burgeoning Western technocracies: polluting the earth, gobbling up the remaining nonrenewable resources at a prodigious rate, feeding our monstrous energy slaves. What about the solving of our great crises of the spirit? …