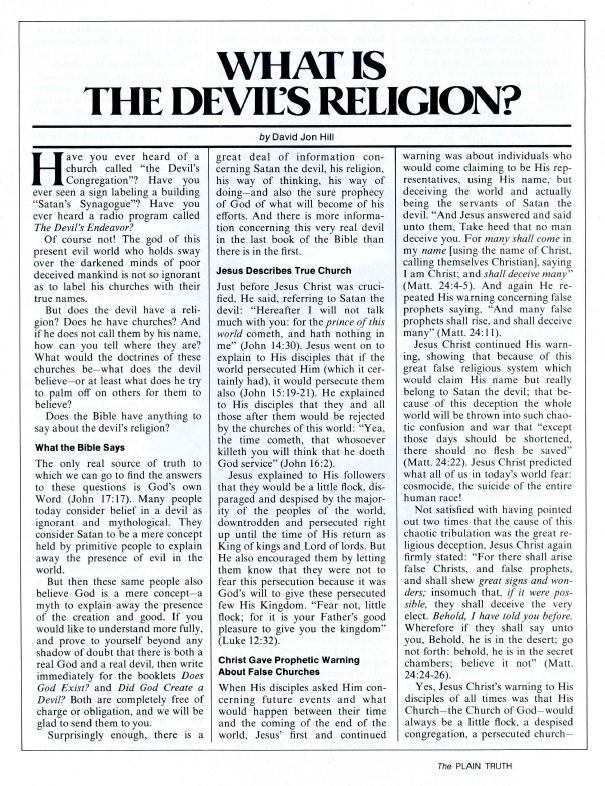 Have you ever heard of a church called “the Devil’s Congregation”? Have you ever seen a sign labeling a building “Satan’s Synagogue”? Have you ever heard a radio program called The Devil’s Endeavor? Of course not! The god of this present evil world who holds sway over the darkened minds of poor deceived mankind is not so ignorant as to label his churches with their true names. But does the devil have a religion? Does he have churches? And if he does not call them by his name, how can you tell where they are? What would the doctrines of these churches be – what does the devil believe – or at least what does he try to palm off on others for them to believe? Does the Bible have anything to say about the devil’s religion? …